The CleanImplant Foundation, an independent non-profit organization, was founded in Germany by dentist and biologist Dr Dirk U. Duddeck. In close collaboration with renowned universities the Foundation conducts objective periodical quality assessments of numerous dental implant types to reveal the existence of unwanted (factory-related) contaminants on sterile-packed dental implants. These wide-ranging quality evaluations, carried out every two to three years, are independent and not affected by any outside parties, such as manufacturers. The renown scientists behind CleanImplant consider the cleanliness of implants to be a greatly underestimated and an underrepresented quality criterion in dental implant assessments. Therefore, the initiative strives to expose and illuminate this crucial aspect through educational campaigns for clinicians and implant manufacturers working in the field.

To date, CleanImplant has examined the surface of more than 300 different implant types—made of titanium, titanium alloys and zirconia—using a scanning electron microscope. These scientific studies are performed exclusively in specialized testing laboratories officially accredited in accordance with DIN EN ISO/IEC 17025:2018. The study results shockingly revealed that almost one in three implant samples exhibit a significant number of particulate contaminants of metallic origin and, particularly frequently, organic carbon-containing pollutants originating from the manufacturing process, the packaging procedure, or the packaging itself. Significant impurities on sterile and ready-to-use packaged medical devices have consequences for every patient and thus cannot be understated. Polluted devices even threaten to endanger the legal safety of any practitioner unaware of the true cleanliness of their medical devices in use.

The CleanImplant Foundation acknowledges: This is a highly concerning state of play. All identified impurities could be reduced to a minimum or be avoided entirely by optimizing the manufacturing and QM processes of the manufacturer, the wet-chemical cleaning, the transport and packaging methods.

Forging a career centered around implant surfaces was certainly not what Dr. Dirk U. Duddeck, founder and head of research at CleanImplant Foundation, anticipated.

The analysis of implant-surfaces of sterile packaged implants in a doctoral thesis revealed completely unexpected contaminations and initiated a movement that led to the eventual creation of the CleanImplant Foundation. The first results unveiled what was previously considered unimaginable and cast a dark shadow over the trust and goodwill manufacturers held in implantology. One out of three implants exhibited severe and toxic contaminations and gave rise to a movement striving towards residue-free and safer implantology.

"The results initially shocked me to the bone," Dr Duddeck explains: "A studied biologist originally, I knew foreign materials at that scale could negatively impact successful dental treatment, a suspicion confirmed by medical studies since then. As a dentist I felt cheated and deceived by some even renowned manufacturers, accepting guarantees of cleanliness and highest production standards, like many of my colleagues around the world still do, only to have our trust betrayed by compromised implants," he adds.

Discovering manufacturing defects leading to implants of inferior quality on a global scale intensified Dr Duddeck’s commitment towards implant cleanliness and initiated a calling for cleaner implantology with—to date—hundreds of thousands of supporters worldwide. Ever since, he strives continuously to uncover the truth about polluted implant surfaces and to reveal the sometimes gruesome consequences of dirty implants to practitioners and patients alike.

In 2016, the CleanImplant Foundation was brought to life to more effectively and professionally pursue Dr Duddeck’s dedication towards a more trustworthy industry, establishing surface cleanliness as a core attribute of general implant quality.

Science Matters: The Scientific Advisory Board of the CleanImplant Foundation 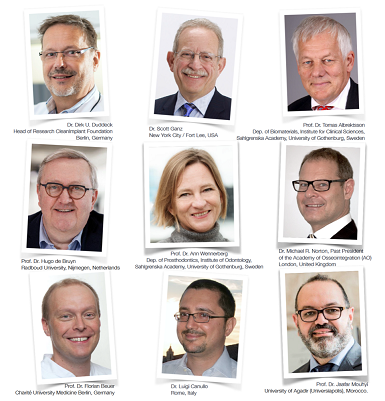 The board developed quality criteria for an industry standard guideline and established the Trusted Qualtiy Seal to provide more transparency in the field of clean implant surfaces.

A special award for the cleanliness of implants before final packaging, the Certified Production Quality seal, confirms contract manufacturers a high-quality standard in the production of medical devices.

A single concern became a movement for better quality in implant dentistry. 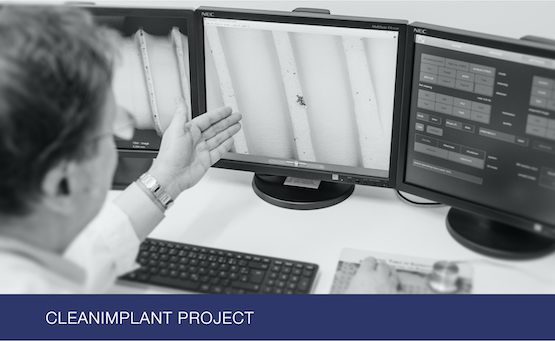 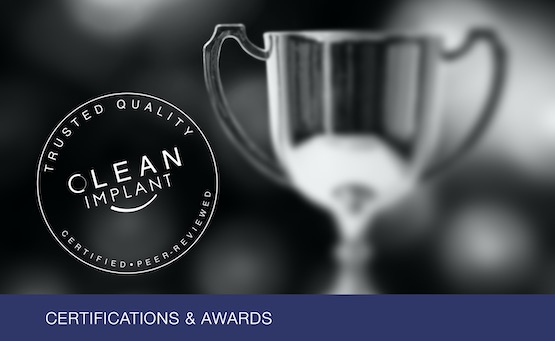 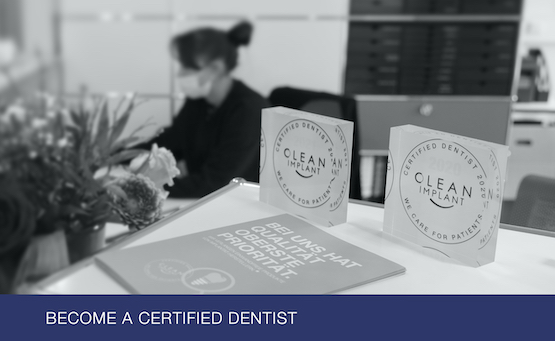 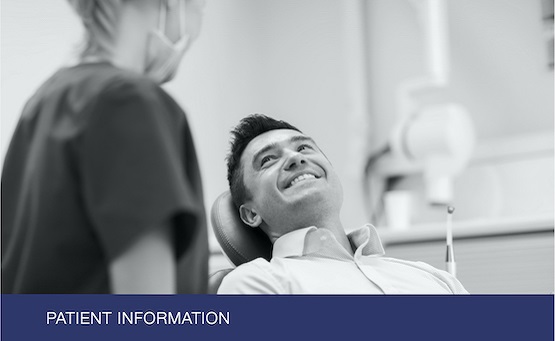