Back to products France 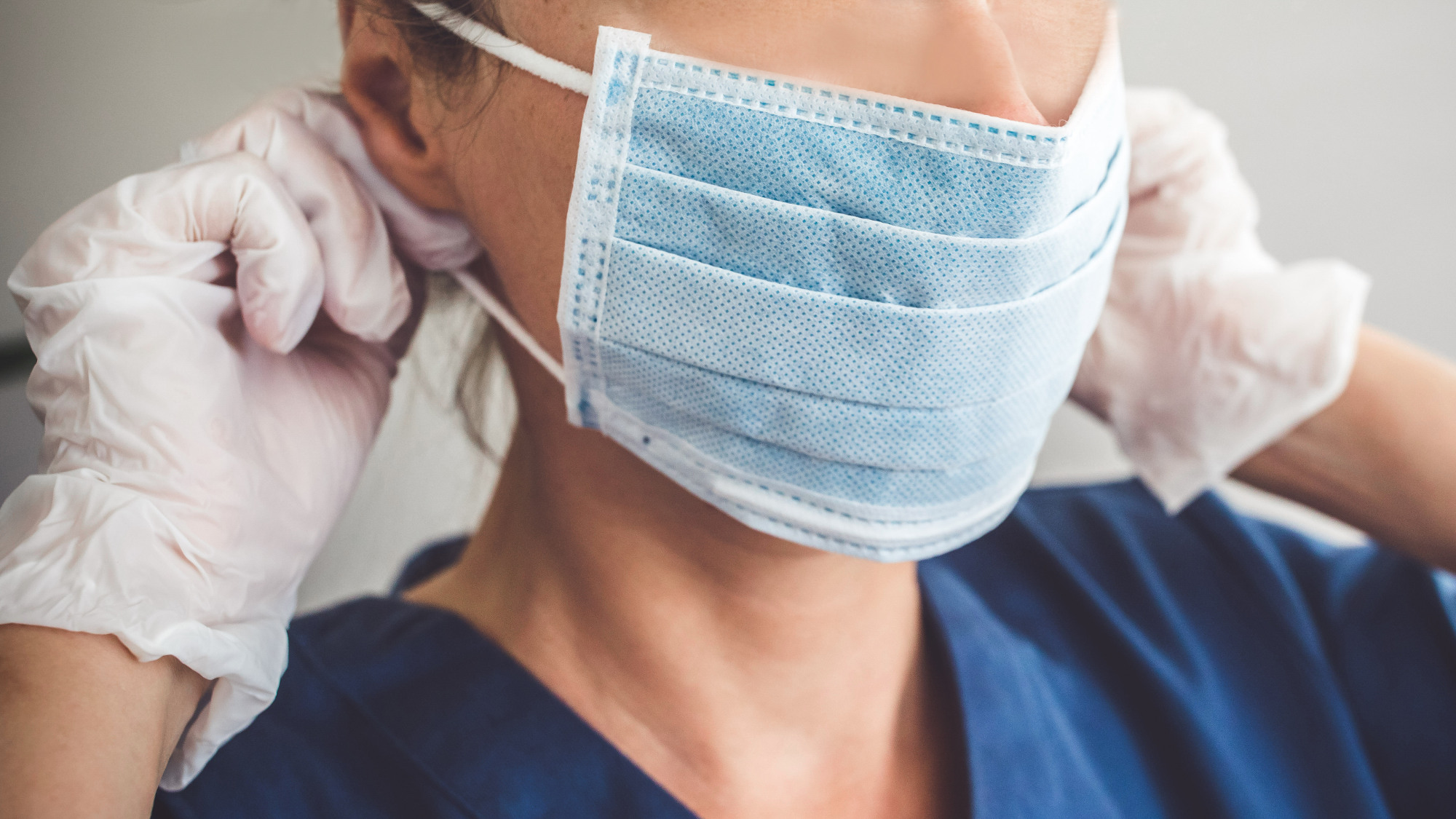 LEIPZIG, Germany: Dentists typically follow the performance of the world’s largest dental companies in order to inform themselves about new products and investment opportunities. This year, all eyes have been on quarterly results in the hope of gauging the peak of the largest crisis ever to have affected the dental industry. Results from the third quarter show cause for optimism, but also lingering uncertainties.

A return to elective dental treatment with a difference—this was the takeaway message from the third quarter results from US-based Henry Schein. In a webcast call, Steven Paladino, executive vice president and chief financial officer, said that sales of personal protective equipment (PPE) and other COVID-19-related products had accounted for nearly all of the growth in the company’s medical and dental equipment businesses.

Dental sales increased by 6.7% year over year. Stanley Bergman, CEO and chairman of the board, said that this growth was attributable to PPE sales, which now include products such as testing kits and thermometers. Dental PPE  and other COVID-19-related product sales increased by 130.0% in the quarter, and this helped to increase overall sales of dental merchandise by 8.1% in North America and by 11.1% internationally. Sales of dental specialty products, which include those for implant dentistry, endodontics and orthodontics, were up by 14.8% in North America and by 6.5% globally. 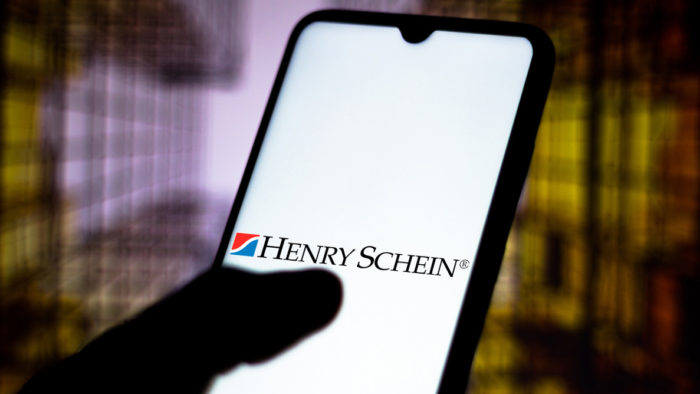 Dental PPE and other COVID-19-related product sales at Henry Schein increased by 130% in the third quarter. (Image: rafapress/Shutterstock)

Bergman said that sales had increased in the US and Canada and in European markets such as France and Italy, but not in the UK, and that sales in China, Australia, New Zealand and Brazil had largely returned to pre-pandemic levels.

“So where are we at this point?” Bergman asked. He commented that patients were continuing to visit their dentists across North America and Europe, despite rising infections. “This is very encouraging, [and] completely different to what it was in April,” he said.

The Straumann Group’s results for the third quarter showed that dental sales have been strong in countries with lower SARS-CoV-2 infection rates. The Asia Pacific region performed best for Straumann, followed by the North America and the Europe, Middle East and Africa (EMEA) regions. The company’s organic revenue in Latin America decreased by 4.5% year over year.

Sales in China, Australia and New Zealand helped to provide an 11% increase in organic revenue in the Asia Pacific region, and demand for the company’s products in Taiwan remained strong. In Latin America—where many dental clinics remained closed until July or even as late as September—Straumann only achieved sales growth for Argentina and Chile.

Speaking to analysts, Straumann CEO Guillaume Daniellot said that the majority of clinics were open, but that health measures aimed at curbing new outbreaks of SARS-CoV-2 had increased significantly—particularly in the EMEA region.

Straumann reported an 8% increase in organic sales growth across the group, but noted that the coming months present a number of uncertainties. “In North America, the situation is still somewhat challenging,” Daniellot explained. “Latin America is beginning to emerge, while Asia Pacific is still running very well. There, the practices are rigorously implementing safety measures, and patient flow is still fairly good at the moment. But we don’t know if it will stay like this now that treatment backlogs have been reduced and the pandemic is resurging.”

“In short, Q3 was very encouraging, but pent-up demand has now been fully absorbed. In view of the uncertainty surrounding COVID-19 and the economy, it is still very difficult to make any forecast even for just the remainder of the year,” Daniellot said.

Amir Aghdaei, president and CEO of Envista Holdings, said in late October that he was encouraged by the rate of recovery in the dental market. Speaking to analysts about Envista’s third quarter results, Aghdaei said: “Despite the current rising COVID-19 case count around the world, dentists’ offices have largely remained open to date during this new wave of outbreaks. This includes the lockdowns announced [...] in France and Germany. While we are reassured about this and the resilience of the dental market, we remain cautious given rising case counts and lockdowns, which may lead to lower patient volumes in the near term.”

Aghdaei said that momentum had built up in North America and Western Europe as a result of pent-up demand having been met and replaced by new patients seeking treatment. 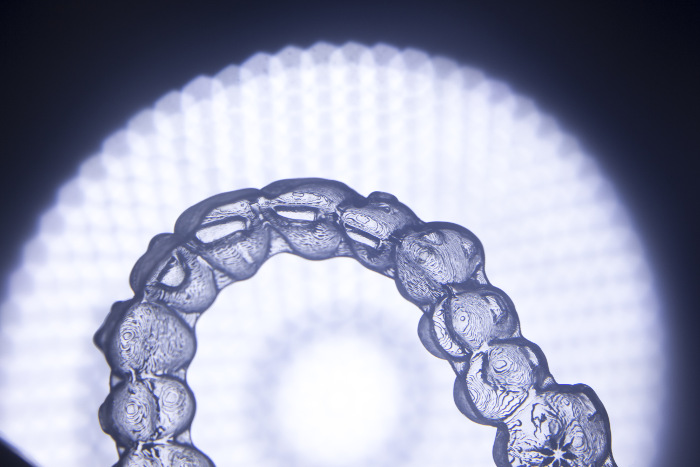 Analysts have said that clear aligner treatment could fare well during and after the pandemic, and company results have so far not disproved this. (Image: edwardolive/Shutterstock)

Envista doubled its clear aligner manufacturing capacity during the quarter and reported growth across its orthodontic business. Howard Yu, senior vice president and chief financial officer, said: “Notably, brackets and wires increased at a high-single digit rate with mid-teen growth in developed markets as orthodontists have seen a significant increase in volumes across their practices. While this is due in part to pent-up demand from office closures during the first half, there is also a considerable amount of new case start activity occurring.”

Yu explained that patients were taking advantage of more flexible schedules and more discretionary income and that this was particularly benefiting the teen segment. More than 70% of Envista’s orthodontic business is located outside of North America.

Sales at the dental giant in the third quarter were down 2.9% year over year but up 76.9% when compared with the previous quarter of this year.

Align Technology and others push ahead into uncertainty

It is unclear how the pandemic will affect global dental markets in the coming quarter and beyond, and this is the considerable caveat that accompanies dentistry’s third quarter results. Align Technology shipped nearly half a million cases of Invisalign in the third quarter. But CEO Joseph M. Hogan admitted that it was difficult to quantify how much pent-up demand remained.

In its 24th weekly survey of dentists across the US since the pandemic began, Baird Equity Research found that patient volumes were 20.7% lower than they had been one year earlier, and this represented a continued decrease in October compared with its survey results from August and September.

When he announced the third quarter performance of US-based Dentsply Sirona, CEO Don Casey pointed out that the company had made a number of structural changes that were designed to improve the company’s performance in the long term. “While we saw an encouraging improvement in business trends during the quarter, the outlook remains uncertain as a second wave of the pandemic impacts various countries around the world,” he commented.

VEVEY, Switzerland: Root canal preparation is an essential step in endodontic treatment and aimed at removing the current content of the root canal and preparing it for filling. The objective is to prevent the onset or recurrence of apical periodontitis. The use of rotary instruments with continuous rotation has made treatments faster, more comfortable and more predictable over the past 20 years. Many developments in instrumentation have helped improve preparation systems. But despite all these advances, the complexity of root canal systems results in unprepared or unpreparable areas that require the complementary use of chemicals for cleaning.

IrriFlex: A new standard is born 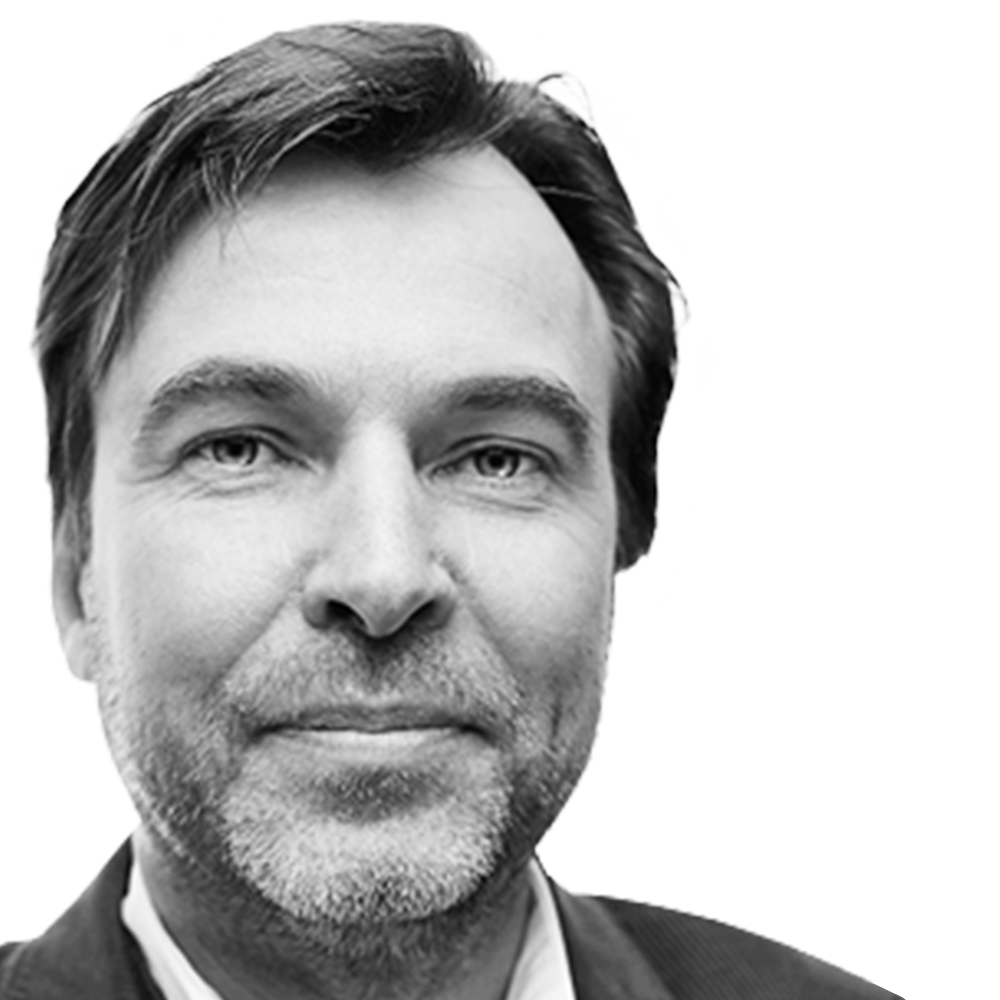 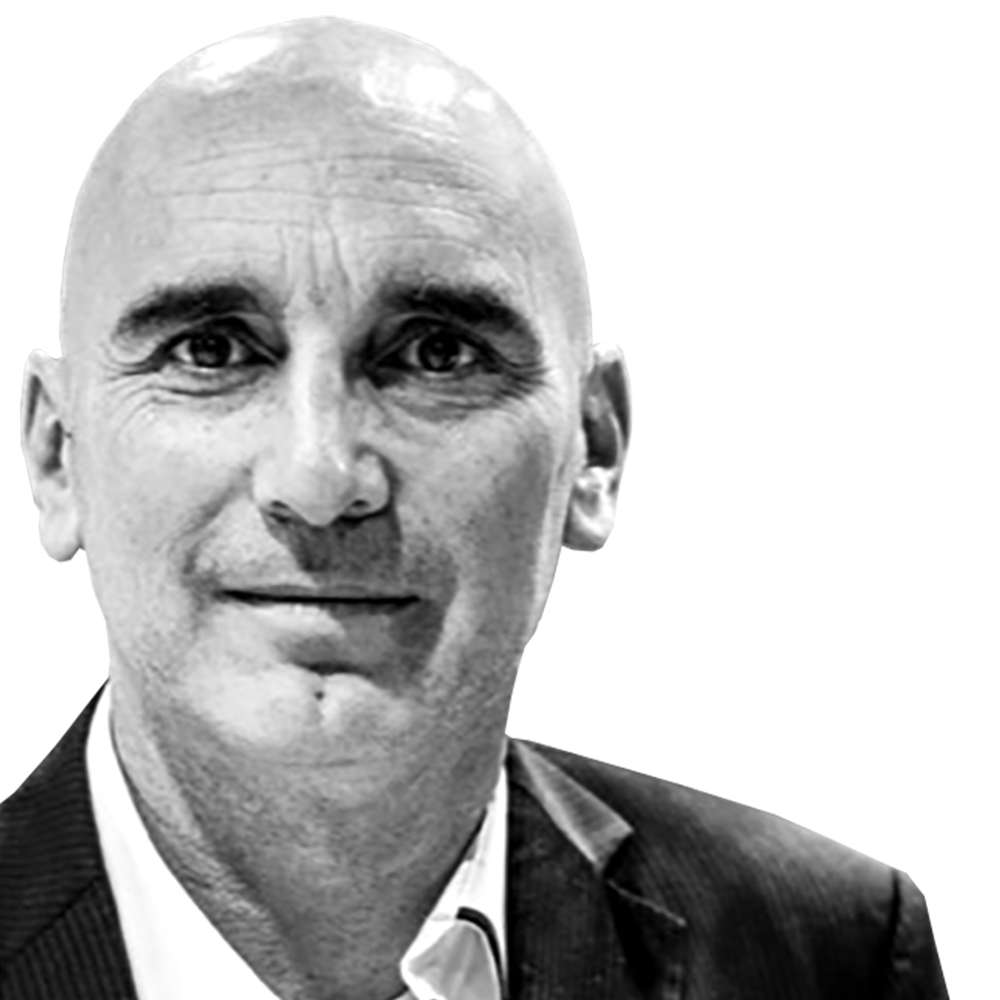 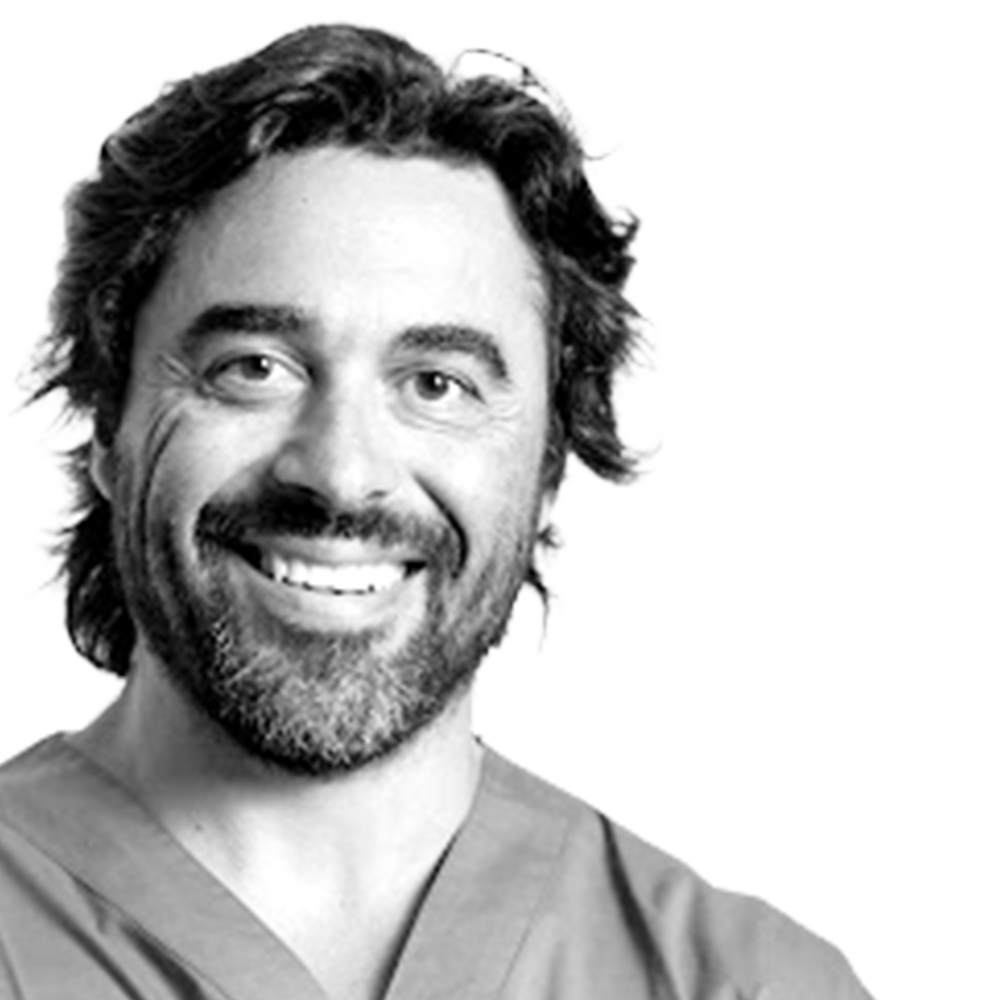